On December, 31, 2019, the Food and Drug Administration of the USA presented its annual report on medicine approvals.

And, according to the data, in 2019 it approved 48 novel medications. Compared to the results of 2018 ― 59 new medications, the number of approvals was reduced. However, one can safely claim that the industry keeps on rapidly developing. Also, one should note that the significant part of these novel drugs introduce an absolutely new approach to treating health problems.

In fact, 42% of the medications, approved during the previous year in the USA, can be justly called the first-in-class products, which means that they are intended for dealing with the health conditions, which cannot be treated with the help of any other drug available in the country, or introduce a completely new treatment mechanism. 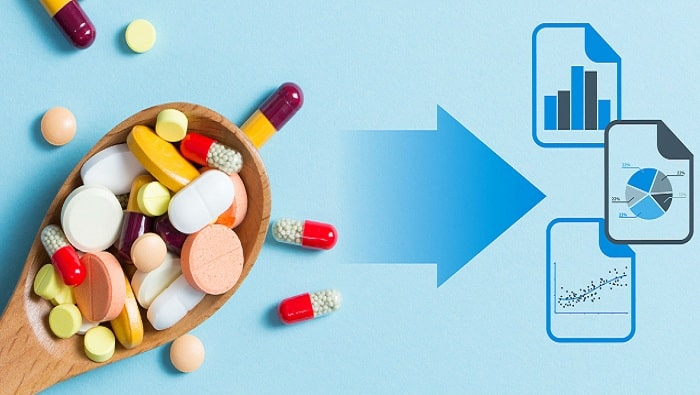 For example, Zulresso is the first drug for treating postpartum depression. For reference, according to official statistics, in the USA 1 in 9 new mothers face the symptoms of this disease. The situation is really threatening, since in some cases postpartum depression can even make a mother hurt herself or her kid. And this disease doesn’t go away by itself, unlike “baby blues”. So, this new drug has the potential to improve the quality of the life of millions of moms and babies throughout the entire territory of the country.

Another promising news is the introduction of Balversa oral pills, which have been developed for treating a range of complicated cases of bladder cancer. For information, according to the forecasts of the experts, this year the number of new cases of bladder cancer will equal about 81,400 in the USA, while the rate of deaths is expected to reach about 18,000. Sure, the new remedy can change the situation for the better.

Also, 21 (44%) of the drugs approved are intended for dealing with rare or orphan diseases. It is noteworthy that, as a rule, there is a limited amount of medications that can be applied to treat such conditions. In many cases there are no available treatment options at all.

One of the most prominent innovations for treating such diseases is the Scenesse implants for people fighting against erythropoietic protoporphyria ― the disease that makes patients so sensitive to the sunlight that they can get serious sunburns after even a short exposure. The implants mentioned increase the time period, which such patients can safely spend outside during the daytime without feeling pains.

Apart from the development of new drugs, manufacturers often keep on examining and testing the products, which have already entered the market, in order to discover new properties. In case they find out that an item can be used for additional purposes, they turn to the FDA once again for the approval. For example, Emgality ― the injectable medication for preventing migraine ― has been recently approved for treating episodic cluster headaches. And one should note that in the USA it is the only product that can make the attacks of this disease occur less frequently. For information, such attacks cause extreme pains and can last up to 3 hours, acute periods can last for months.

More to the point, in many cases producers turn to the FDA to get the approval of the use of the registered drug by new groups of patients. So, in 2019 the Administration confirmed that Victoza could be used by children of 10 years old and older that face type 2 diabetes. Before that, this medication was recommended for adult patients only.

It is also noteworthy that during the previous year the FDA was closely working with drug manufacturers to promote the introduction of medications that had the potential to make a significant positive impact on the patients’ quality of life and to greatly contribute to the development of medicine. This category comprises the medicines that cure immedicable diseases and conditions or provide a more effective mechanism of treating life-threatening or complicated health problems. So, in 2019, 29 (60%) drugs were approved under special terms, which meant that the FDA took certain steps to boost their development and review. For example, such terms were applied when reviewing Trikafta ― the breakthrough means for treating patients with cystic fibrosis. This medication is expected to be effective for about 90% of patients (those medications, which were used before, suited the needs of a limited part of patients only).

In addition to original medications, the Administration specializes in reviewing copies, like generics or biosimilars. And during the previous year it approved 10 biosimilar medications, which are alternatives to biological products that act in an identical way, but cost less. The point is that biological medications are one of the most expensive categories of drugs, which means that the number of patients that can afford them is limited. At the same time in many cases such medicines are used to treat conditions that make a disastrous impact on the patient’s quality of life or even threaten it. Consequently, biosimilars can be justly called life-saving medications.

It is also crucial to highlight that 69% of the medications approved in 2019 are not available in the markets in other countries, which means that Americans are the first in the world to get access to these treatment options. In fact, due to the effective performance of the FDA and the comfortable business environment, many manufacturers choose the US market for presenting their new products, which is a great advantage that can actually save people’s lives.

And, most importantly, this innovation trend seems to play a significant role in the development of the market in 2020 as well. As of March, 5, 2020, the amount of the novel medications, which have got approval from the FDA, has already reached 9. And they are intended to help patients fight against a wide range of serious and complicated diseases, including certain types of cancer.

To sum up, the development of the US pharma market is characterized by the high speed and a large amount of innovations, which makes a positive impact on both the health of Americans and the national economy.