Yellow fever, pellagra, hookworm, and malaria are four enervating and life-threatening diseases that exhausted the southern and southeastern states of America in the late 18th and throughout the 19th century, killing and disabling hundreds of thousands of people and bringing devastation, chaos, and economic decline to the affected regions. While these health problems had been pretty much dealt with by the mid-20th century thanks to some considerable improvements in the living conditions, the introduction of efficient public healthcare services, and enhanced disease education and prevention efforts, they still pose a major health threat to a lot of less developed and economically struggling countries around the world.

Yellow fever, hookworm, malaria, and pellagra once took a heavy toll across the southern and southeastern regions of the USA, whose climate is known to be hot, moist, and therefore perfect for the spread of such diseases. The largely rural population of these regions survived in extremely hard conditions, had meager rations and little if any access to healthcare services. The final eradication of these illnesses only happened in the late 1940s and was primarily associated with the intense migration of villagers to towns and cities where living and sanitary conditions were better and where they could get immediate and more quality medical aid. The remaining rural population started using farm machinery instead of hard and unsafe manual labor. The Second World War also played a critical role in this, introducing numerous job opportunities for less-skilled workers who abandoned their countryside homes to work at a factory or sign up for the military. All of this, together with advancements in medicine, increased public attention, and the introduction of government-supported healthcare initiatives allowed to put a stop to the spread of once-lethal infectious diseases in the US. 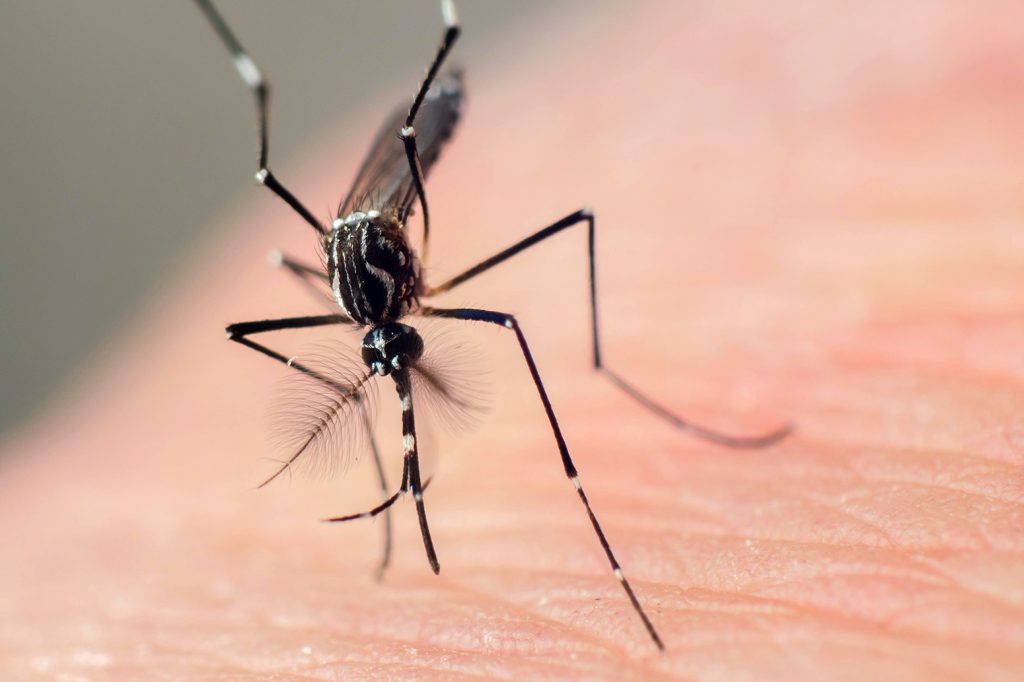 Yellow fever, also widely referred to as hemorrhagic or jungle fever, is an acute viral infection spread by a certain type of female mosquitoes that breed in tropical and subtropical regions.  Currently, the problem is endemic on the territory of 13 Central and South American countries and 34 African states, where it annually affects about 200,000 and kills 30,000 people. The disease primarily manifests itself through a quick and sudden onset of fever, which is often accompanied by vomiting, muscle ache located in the infected person’s legs and back, migraines. In most severe cases, there can be jaundice, sharp pain in the stomach, and hemorrhaging. If the disease is not recognized and treated in time, the victim may eventually die of kidney or liver failure, toxicohemia, heart failure, or general infection.

Originally brought by trade ships to the US Atlantic coast cities in the late 1690s, yellow fever had several major outbreak episodes throughout the 18th and 19th centuries. Thus, at the end of the 18th century, the disease caused much turmoil and fear in the northeastern United States, killing thousands of people in Philadelphia, Boston, and New York. A few decades later, it shifted south and besieged New Orleans, Savannah, Memphis, Charleston, and other cities for many decades, causing panic and terrible economic devastation. The total death toll in these regions alone mounted to 10,000-15,000 lives. 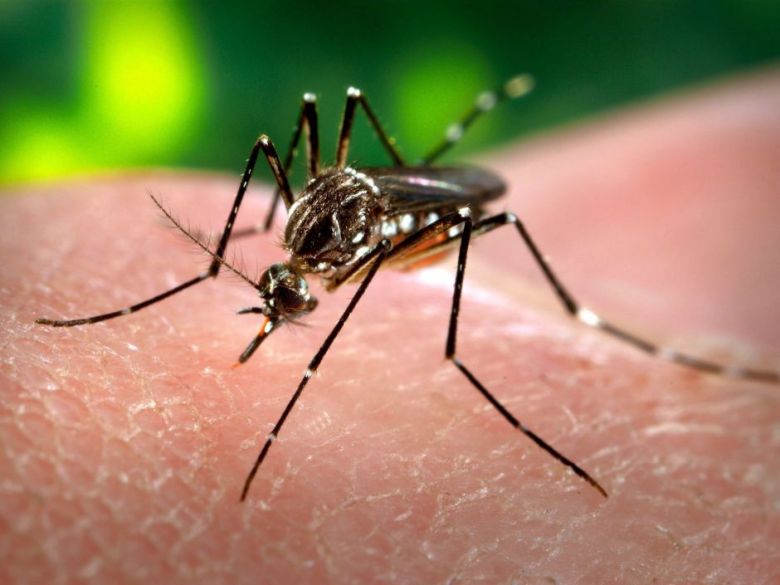 Malaria is an infectious and potentially lethal disease carried by tropical mosquitoes that infect a human with the Plasmodium parasite through bites. When released into the infected human’s bloodstream, the parasite travels to the person’s liver, which provides a highly favorable growth-supporting environment for the parasite to mature and start multiplying, infecting red blood cells and destroying them. The early symptoms of malaria include chills, high-running fever, headache, nausea, abdominal pain, stomach upset, and increased perspiration. Later on, the disease can result in severe anemia, cardiac failure, respiratory system failure, liver, kidney, and brain damage. Infected pregnant women can pass this dangerous disease on to their unborn children, which frequently leads to spontaneous abortions of pregnancies, premature birth of low-weight babies, or delivery of stillborn babies.

Today, malaria spreads across over 100 countries, mostly the ones with a tropical or subtropical climate, such as sub-Saharan Africa, Asia, Central and South America, the Dominican Republic and Haiti, and some islands in the Pacific Ocean. In the US, it is annually diagnosed in around 1,600 people who travel to the parts of the world where this disease runs riot. While malaria is believed to be no longer found naturally in the USA, there was a time when it plagued and ravaged the North American continent, killing thousands and undermining the economy of the country. Malaria was originally prevalent in the northern and western US states of Minnesota, New England, Ontario, and California, but, in time, it moved to the American Southeast, where the climate is damper and warmer and, therefore, much more suitable for the Plasmodium parasite to thrive.

At the start of the 20th century, when mosquitoes were finally recognized as the main carrier of malaria, the government launched numerous mosquito abatement initiatives and public awareness campaigns aimed to teach people in the disease-stricken regions to protect themselves. Easier access to inexpensive quinine greatly facilitated the complete eradication of the disease.

Pellagra is a nutrient-related condition triggered by an acute deficiency of niacin, which is a group B vitamin, often synthesized from the tryptophan amino acid. The disease develops in people who do not get enough vitamin B3 with their food or in patients who, for some reason, cannot absorb and process niacin (this is known as secondary pellagra). The most prominent physiological and psychological manifestations of pellagra include skin lesions (dermatitis), alvine flux (diarrhea), lack of appetite, pain in the abdomen, confusional state of mind, and delirium. In severe cases of pellagra, patients can end up in a coma or even die.

Since pellagra is mostly a malnutrition problem, it widely affects less developed and poor countries whose rural part of the population relies largely on a corn-based diet. These are countries like Indonesia, Africa, some regions of South America, and China. Pellagra is also found in people who became displaced because of wars or military conflicts and depend on food aid that can often be limited or unstable.

While it must have been around for a much longer time, the first cases of pellagra in the USA were not officially reported until 1902. During the first four decades of the 20th century, pellagra ran rampant across the American South, primarily targeting women and black people. Because of its seasonal nature, pellagra outbreaks usually occurred in spring when food supplies were already strained, and people had to live on nothing but corn for a few months in a row. In total, it is believed to have taken as many as 100,000 lives across the country. 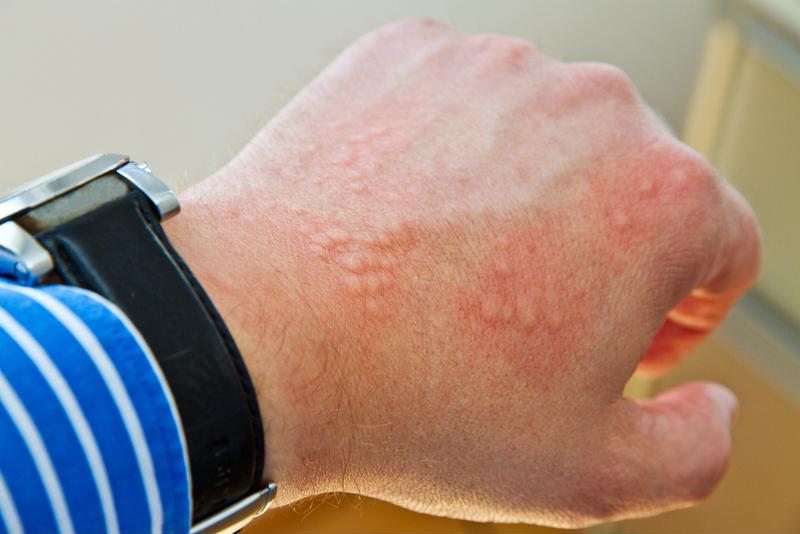 Hookworm is an infectious disease induced by a parasite that often afflicts people living in hot and humid climate zones, like South and Southeast Asia, South America, and certain southern states of the USA. Hookworm enters the human body through the skin and travels via the bloodstream and lymph tubes to the lungs. When coughing, the infected person might swallow the parasite again, and it will then find its way to the small intestine, which is a highly nutritious environment that supplies it with blood necessary for its growth. If the disease goes undiagnosed and untreated, the victim might develop itchy skin rash, decreased appetite, trouble breathing, pain in the stomach and stomach upset, mild-to-moderate fever, and fatigue.

While a healthy person who eats well and takes enough iron with food can make up for the lost blood easily, undernourished people or those, whose immune system is weakened by disease, will quickly develop anemia and become feeble and permanently tired.

Currently, up to 740 million people worldwide are believed to be carriers of hookworms. Most new infections occur in resource-poor settings with high levels of poverty and insufficient sanitary conditions. Hookworm does particularly well in countries with a warm and damp climate where parasite eggs can survive and remain viable in the soil for a long enough time.

Over a hundred years ago, hookworm was a tremendous health threat for the US south and southeast states, where people lived in poverty and could not afford better housing and sanitary conditions. While the problem still exists in these regions, the improved living conditions, enhanced education and awareness efforts have helped to reduce the infection rates considerably.

The negative influence of these four devastating diseases on the public health of poor, mostly rural, countries of Sub-Saharan Africa, South and Central America, Southeastern Asia is hard to underestimate. Each year they take hundreds of thousands of lives and cost the economy of such countries billions of dollars. The combined efforts of the global community aimed at helping such countries prevent and contain the diseases have somewhat mended the situation over the past 40 years, but they are far from being enough to completely eradicate the threat. Using the USA as an example, we can see that improving living conditions alone is not going to do the trick. It is important to promote people’s awareness and knowledge about these infections, their triggering factors, the dangers of their uncontrolled spread, and possible measures that people can take to protect themselves and their families. Furthermore, fighting these diseases requires easier access to quality healthcare services, as well as cheaper medicines and vaccines, especially when people at risk live in further-flung, rural regions.